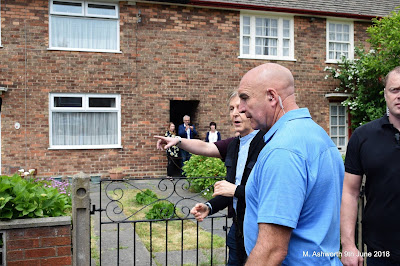 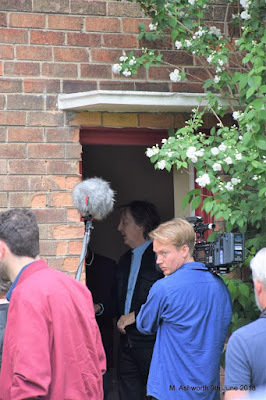 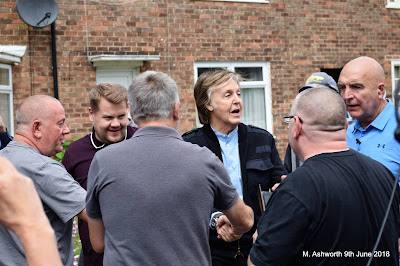 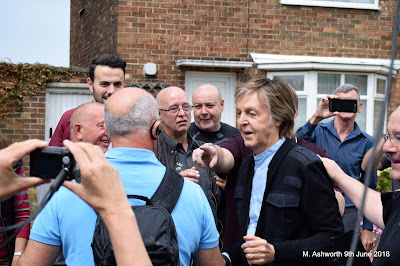 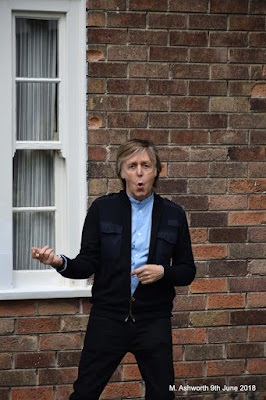 June 9, 2018 was an exciting day for Beatles fans in Liverpool.   Paul McCartney along with James Corden arrived in town much to the surprise of everyone!    Paul was seen down at the dock at the Beatles statues,  the Penny Lane area, his childhood home on Forthlin and ended up playing a surprise gig at the Phil (where I hope he used the fancy men's loo).

I am hoping to gather several stories of fans that were able to have a close encounter of a Paul kind yesterday, so expect to see and hear more about this soon.

But I thought I would start with these great photos of Paul at Forthlin take by a friend of this blog, Mark Ashworth (who has a great Liverpool focused Beatles blog called Places I remember)

Pretty surreal to see Paul at a place that is now a tourist attraction, but to him was where he called home.

Just a reminder that you never know where you might see Paul McCartney!
Posted by Sara S. at 5:14 PM