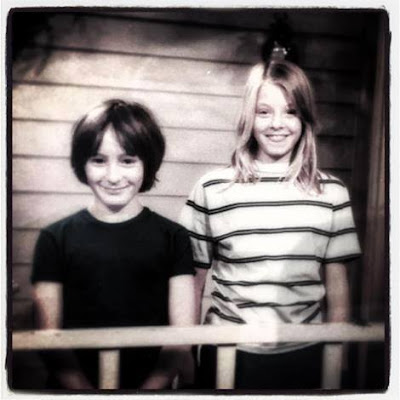 In the winter of late 1973/ early 1974,   John took Julian around Hollywood to various television and movie studios.     We have seen the photograph of John and Julian with the cast of "Happy Days."   During that same time, they also met Jodie Foster.    She was most likely working on the pilot for the show "Paper Moon."

Julian is sure grinning in this photo!  I think he must have had a crush on Miss Foster  (and who could blame him?)
Posted by Sara S. at 5:08 PM