Her own Jukebox Jury 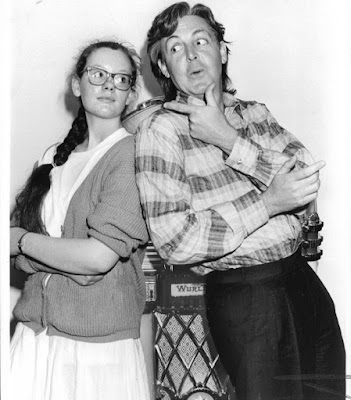 In 1986, there was a contest in the UK to help out Sport Aid (which was a foundation found by Bob Geldof).    For a donation of one pound, your name was entered into a raffle to win a day with a star.

The winner of the raffle was a young girl named Emma Frazer from Essex.    The star she got to meet was Paul McCartney!   She was invited to spend a day with him at his London recording studio (although it sure looks like MPL to me!).

Paul played for Emma his new song, Press on his jukebox and wanted to hear her thoughts.    She said she thought it was "a hit."  (what else was she going to tell him?)    She was also quoted as saying, "He was wonderful.  He was so nice and he had no airs or graces."