The Beatles in Canada: A book review

Canadian author, Piers Hemmingsen is working on changing how we think about Canada and the Beatles.   Today I am reviewing his first book, The Beatles in Canada:  The Origins of Beatlemania (also known as the "Red book").   The second volume (the "Blue Book") will be published in the near future.

This book takes us through the history of rock n roll in Canada and how our neighbors from the north broadcast the new music of the 1950's.    It also ties in the author's personal experience growing up in England and moving to Canada as a child.

Things really get interesting with Love me Do being played on Canadian radio in 1962.   And while the song didn't make the charts, it did expose the Fab 4 to an entire new group of teenagers.

In 1963, songs like From me to You and She Loves you were hitting the charts and the Beatles were making waves in Canada long before the masses heard them in the U.S.    This book really goes into the charts and explaining how things really got going. 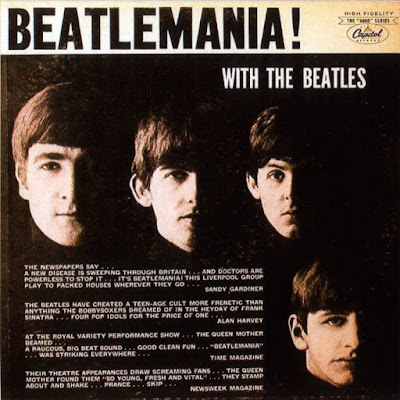 I loved all of the little tidbits of information in this book.   I especially enjoyed reading about the Beatle family members that moved to Canada and why they moved there.   I especially enjoyed reading about the the fan clubs they had in Canada in 1963-65.   The largest fan club outside of the UK was the Toronto club, ran by Trudy Medcalf.   The story about how she got the fan club started and how she and her vice-president met the Beatles while they were at the Plaza is such a great story!


The Beatles coming to Toronto on tour is also touched upon as well as the premieres of A Hard Day's Night throughout the country.

The Beatles in Canada is a book that all hardcore fans need to have in his/her library.   It tells new stories and the research is amazing.    This book has been a valuable asset for me personally as I continue to research about the Beatles fan club in North  America.