Pierre the Clown and the Beatles 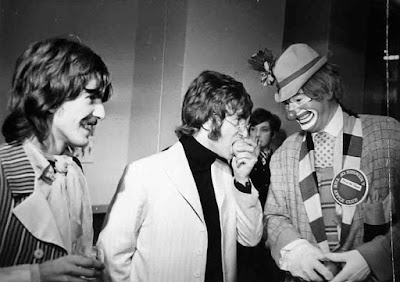 If you have ever seen the footage of the opening of the Apple Boutique, then you might remember the scene where a clown hands John Lennon an apple and he takes a bite.

That clown was actually a well-known clown in England at the time, Pierre the Clown (real name Pierre Picton).    In the 1950's Pierre had been a clown in the circus and was a fan favorite.   He had a funny bit where he would come out in an old Model T car and parts of it would be falling apart.   He was more than just a party clown but was somewhat of a minor celebrity.

In 1967, he became the face of dental hygiene in some advertisement in England.   Now I am not sure if there were ads on television or magazines or where they were seen.   I do know that a record was released that year of Pierre the Clown telling about stranger danger and dental health. 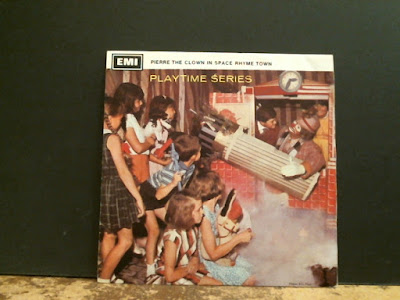 It was through this record that the Beatles invited him to the opening of the Apple Boutique.   If you look at the record, you will see that it was released on EMI.  Perhaps it was through EMI that he caught the eye of the Beatles.  Maybe Julian or Zak were Pierre the Clown fans.   I don't know exactly how it came to be, but on December 5, 1967, Peirre was there right with John Lennon and George Harrison.

However, that isn't Pierre's only association with one of the Beatles.    The following year, Pierre participated in the Rolling Stones Rock n Roll Circus -  right alongside John Lennon!  He doesn't seem to have done anything, but he was there I guess to fill out the look of the circus performers. 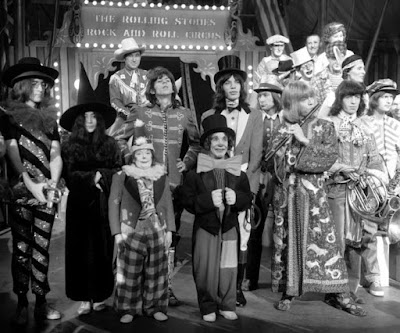 An interesting aside note -- in the 1968 class Disney film Chitty Chitty Bang Bang, Pierre was Dick Van Dyke's stunt double on the car scenes and he kept the famed car up until the end of his life, in 2016.   At one time Michael Jackson offered him a large sum of money for the car, and he turned him down.
Posted by Sara S. at 4:42 PM