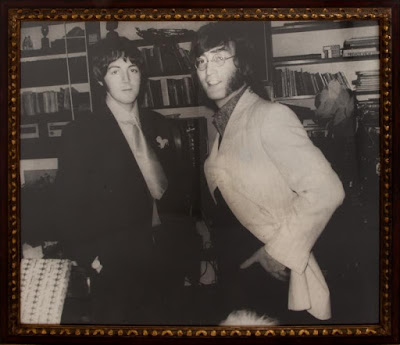 Some time in 1968  (My guess that it was taken in February), Paul McCartney and John Lennon posed for this lovely photo inside of Paul's home on Cavendish Avenue.    If you look, you can see some of Martha's fur at the bottom.    It really is a great Lennon-McCartney photograph.    Somewhere along the line,  the photo was blown up to  42 by 48 inches and put on a board.   Then it was framed up and do you know where it ended up? 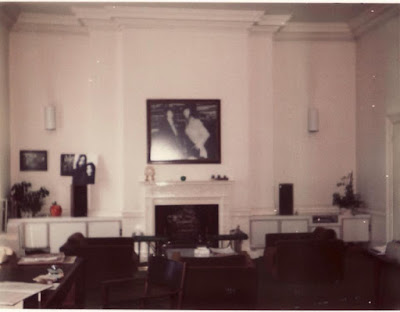 It was in the Apple offices, hanging over the white fireplace.     I am not sure how long it stayed there, but it wasn't there when I was there in 2017. 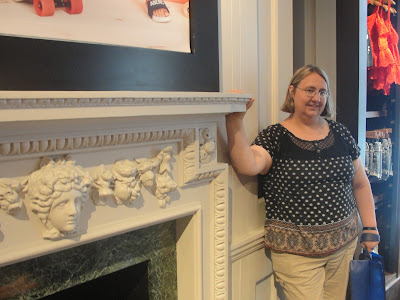 Alright, I am just joking about that one -- of course, I didn't think there would be any Beatles stuff left inside of the Abercrombie & Finch children's clothing store that now occupies 3 Savile Row.  Honestly, I am not even sure if that is the same white fireplace.

So where did the John and Paul portrait end up?   In Ringo's possession -- where else?    I am not sure where Ringo had this hanging in his home, or even why he wanted it -- except that it is a really nice photo of his two friends.    But it was sold in 2015 as part of Ringo's auction with Juliens.   Whoever owns it now paid $6,400 for it.    I wonder if they know that it originally hung inside of Apple Offices?