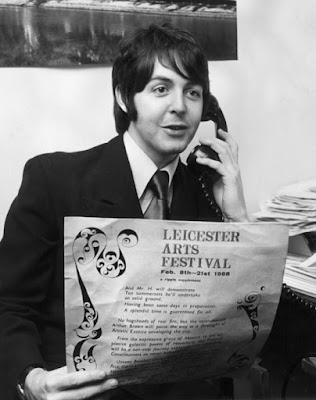 The Leicester Art Festival was a music and drama event that is held annually at Leicester University and in 1968 was ran by University students along with city Council members.     It was everyone's opinion that there was not enough publicity for this event and so a large press conference was scheduled to take place in London at the Royal Garden Hotel to get more publicity for the event.

The student organizer, John Eades must have been talking with the rest of the committee about how to get more of the press to come to the press conference when he got the great idea to invite a Beatle to the event.   The press always follows the Beatles and what Beatle lives in London??   Paul McCartney!


And so John Eades went to Paul's house on Monday February 5, 1968 and rang the bell.   Now some stories say that he camped out and bugged Paul endlessly until he broke down and agreed to talk to him.    I can't find anything that totally verifies that part of the story.    But once John did tell Paul about the festival and the need for more publicity, surprisingly the Beatle agreed to tag along.

This is what Paul said at the time:  "I liked John's style and I like the way he and the other students are fighting for what they want.  They got a good festival together and I think they are getting a raw deal.   So it happened that I had a free afternoon and I thought, 'Why shouldn't I try and help people who are trying to do something for themselves?'    I don't like it, however; when people come along and beg, even though I am a  bit soft for a story.  But this Arts Council thing is different.  I admire their guts." 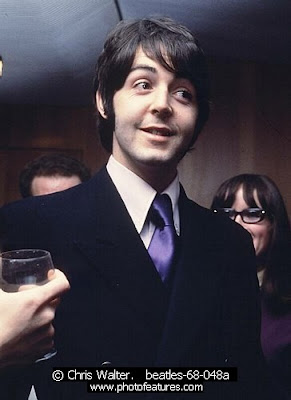 I am not sure what Paul thought once he got there, because the look on his face in photos looks like he is annoyed and confused.      Paul did not attend the Art Festival and his only envolvement was going to this press conference and getting photographed while there. 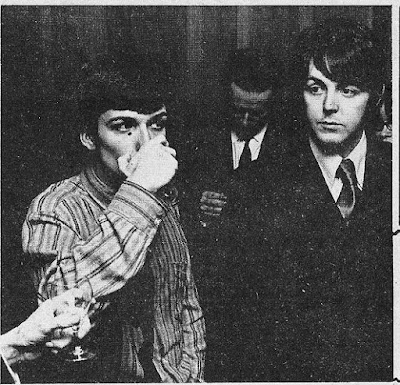 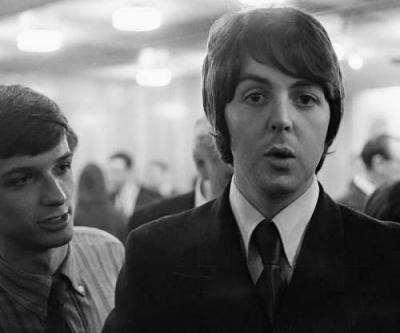 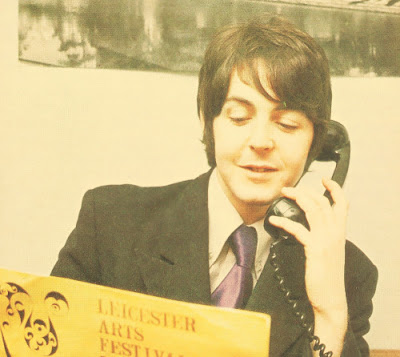 Email ThisBlogThis!Share to TwitterShare to FacebookShare to Pinterest
Labels: 1968, 50 years ago, Paul McCartney