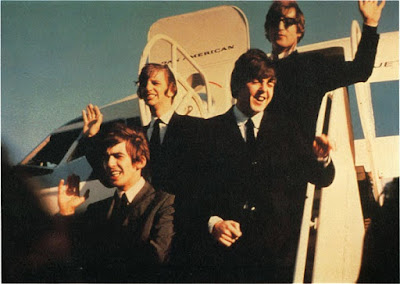 Tonight's review is for the book Invasion!  The Beatles 1964 Video Guide by Doug Sulpy.    Unfortunately, I just learned about this book a few days ago and the hardcover book version is no longer available.   All that is left to purchase is the Kindle book from Amazon and a pdf file from the author's website.   I much rather have liked to own a copy of the book than a digital copy.  It looks like I will be searching on the second-hand market for one.      Apparently, there wasn't any publicity for this title and it was sold through the author's online forum, which I think I was banned from a few years ago.      So this review is for the book on the Kindle version.

Invasion! The Beatles 1964 Video Guide is a reference book that focuses on all of the Beatles video footage of 1964.      If you are a Beatles video collector, then you will find this book to be extremely valuable for you to have.     If you are more like me, and collect some Beatles video footage, but do not have an extensive collection, it is still a fascinating look at 1964 and might make you want to hunt down more Beatles videos to add to your collection.     This is one of those Beatles books that isn't for the casual or light-weight Beatles fan.    It is really for hard-core Beatle geeks that want to read every little detail of the Beatles day to day life.     I am sure Suply had that in mind when he wrote this book, and there are enough of us fans that fall into that category to make it a book worth publishing.


This book goes through every bit of available Beatles video footage in detail and gives you detailed information about each clip.    Each one has been given a unique number to help you with your own organization of your personal collection.    So under each date in 1964, it will tell you who recorded the footage (example:  AP, ABC, NBC, BBC, amateur footage, etc) and what that footage shows you.  Then it goes to the next available footage of the same event.    In amount to work that must have gone into locating and analyzing this information and compiling it all is staggering!


Here are some things I learned/observed from this book: 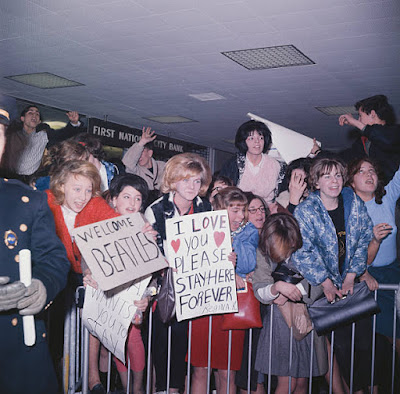 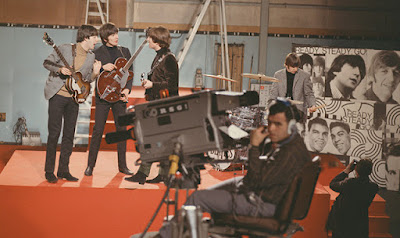 I do want to point out that it isn't just the tours that are covered, but every television performance around the world as well as A Hard Day's Night.

I truly enjoyed this book.  It would have been more helpful if some screenshots were included next to some of the entries because I think it would help collectors locate the footage they are missing.   There were several grammatical/typing mistakes that I found while reading the book, but they certainly did not take away from the content.

I may not agree with Doug Suply on his rules in running a Beatles forum, but I have to say that he wrote a very well researched and interesting book.