The Beatles -- I was There -- Book Review 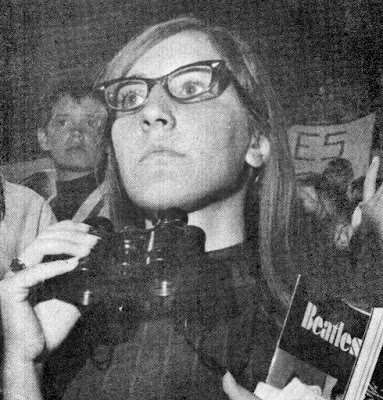 In the 1970's a very popular Beatles book claimed that it was impossible to list all of the concerts the Beatles performed from 1957-1966.    The legend goes that Mark Lewishon read that and took it as a challenge and wrote his first book, The Beatles Live!   where he went and did exactly that.       Today we have a book titled The Beatles:  I was There by Richard Houghton who tells the stories of those who attended many of those concerts and were first hand witnesses to history.


This is a book that needed to be released.   I can't stress enough how important it is for all of us Beatle fans to get our memories down in some form.   It is especially important for our first generation friends that saw the Beatles live to write or record these memories.   I truly believe that the Beatles legacy is going to outlast all of us and for that to really happen, then the stories of those lucky ones that saw or met the Beatles, need to be preserved.

This book was a nice attempt at that, but somewhat missed the mark.     It was an enjoyable book to read and I found it fascinating that in the early parts of 1963, fans could just knock on the dressing room door and meet the Beatles and get their autograph after a concert.   But in just a matter of few months, insanity broke out and fans couldn't get close to the Beatles at all! 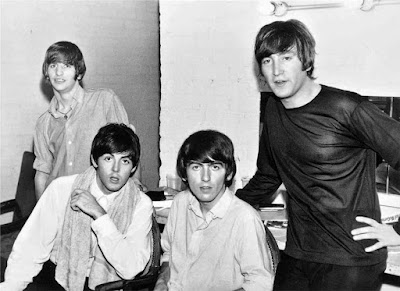 Here are the most important things I learned from this book:

1.  The parents of most Beatle fans were extremely awesome.    There were stories of parents that spent the night on the sidewalk in order to get their kids a ticket to a Beatles concert.   Parents that drove their kids hundreds of miles to see a show.    All sorts of parents that put up with some insane Beatlemania, just to their children would be happy.    I think the myth that we have been told about the big generation gap between the teens of the 1960's and their parents isn't as wide as I was lead to believe.

2.  The landfills of the world have more Beatles photos, ticket stubs, autographs, programs and tapes than we could ever image.

3.   A lot of people went to see the Beatles in concert on a date.   Most of them remember the concert and can't recall the name of the person they went on the date with.

4. NO ONE wet themselves and nobody talks about the smell of urine.     Again, I am trying to squash the myth that "the smell of female urine filled the hall...."   or "female urine was streaming down the aisles while the Beatles played."     No no no!    Not to say that no one ever wet their pants during a Beatles concert.    However -- many people in this book say that there was plenty of crying, screaming and fainting and there was a smell of sweat in the air, but not urine.   So can we just stop that nonsense once and for all?


The problem with any book like this, and trust me -- I know this from my 8 years of running this site--is that memories are strange things.    People can easily mix two separate concerts they went to into one concert in their mind.    Those that saw the concert they attended as a film (such as Shea or the one in Australia) can confuse what they saw live with what they saw on TV.      Rumors that they heard that the concert can turn into fact over the years.    So in reading this book, you will read thing that you know for a fact isn't true.    The Beatles never sang "Words of Love" in concert and they didn't close any concert with "Yellow Submarine."    Pattie wasn't at Shea Stadium on a boat.    There might be two accounts of fans about the same concert in this book that contradict one another.    That is to be expected when you talk to people about something that happened 50+ years ago.   However -- I have to also question just how much the author dug into the facts to see if those that were interviewed were telling the truth.      There were several stories in the book where my alarm went off and I thought "nope--this isn't true at all."    And maybe that is because I do run this site and I have learned how to sift through the nonsense and have gotten better at telling what is normal forgetfulness and straight out lies.

Ideally, there would be at least one good story for each concert the Beatles performed.    I understand that might be impossible.   However -- some big important performances are completely missing from this book.   There isn't one single story from when the Beatles first came to America in 1964.   Surely someone that saw the Beatles in person on the Ed Sullivan Show, Washington D.C. or Carnegie Hall or even in Miami would have been easy to locate to share a story.    Nothing from Germany, Japan or the Philippians in 1966 either.

Some of the stories needed to be left out .   No need to have a story about how someone doesn't remember much about the concert and there was screaming.    Some of the stories didn't make sense.  I think the person sent in one email about a concert he/she went to in 1964 and in 1966 and it was edited for the section where it belonged, but it was confusing.    The other thing was the tiny photographs were often mislabeled.   For example, a photo of the Beatles on the train during the filming of A Hard Day's Night is labeled as the Beatles arriving in France in 1965.

Still -- it was a fun book to read and a lot of the stories are very funny and awesome.    It does bring back the excitement and joy that was Beatlemania.    It shows the Beatles to be kind and warm to their fans and great showmen.    1963 takes up more than half of the book and many of the stories come from boys that were at the show, which is surprising.

This isn't a book for historians to use for accuracy, but is a fun book pick up and read on a day when you are snowed in.