Not what it seems 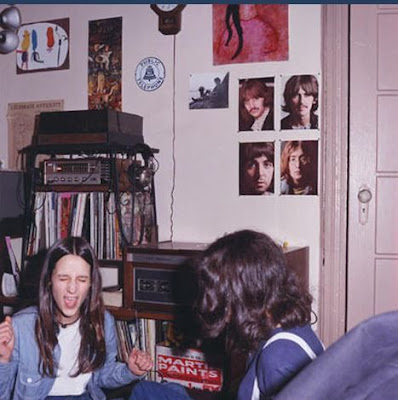 I am always on the look-out for Beatles and Beatles related photos for this blog.    I came across this photo while doing a google search and I thought it was a neat photo.   Was that girl listening to the White Album?    Maybe she is screaming along to "Helter Skelter."


Sadly, when I looked into the photo, I discovered a terrible realization about this photo and many others.   I was reminded of it again this weekend when I watched a cheesy made for TV movie on the ID channel.

This photo was taken by Rodney Alcala who is also know as the "Dating Game Killer."    This terrible excuse for a person  has killed at least 5 people between 1968-1979 but may have killed up to 130 people!      In the midst of all this, he appeared as a contestant on The Dating Game and he actually won, although to the girl's credit, she ended up declining the date with him because she thought he was "creepy."     He was a photographer and would take pictures of his victims before he killed or hurt them.   Some of the lucky ones escaped and others were never heard from again.    When he was convicted of the murders, police found thousands of photographs he had taken.   In hopes of figuring out if anyone else in the photographs could be identified.

Many of the photos showed young girls and boys either in bathing suits or naked.    The police released some of the photos and cropped them to show their headshots.    Take a look at the 110 photos that have been made public and if you were around New York or California between 1968-1979 --   take a good look and see if you recognize any of the people in the photographs.     If you have -- please contact the authorities.