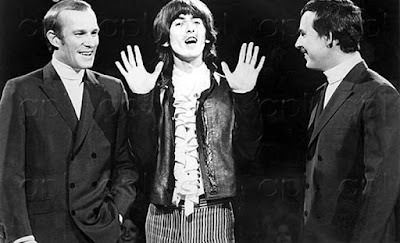 
Q:  You had George on the program and you premiered"Hey Jude" and "Revolution."  But the Beatles as  a group never appeared live, right?

TS:  No, they never appeared live as a group.  George did and also Ringo, separately, but we never had them on live.  We got the premiere (video) of "Hey Jude" and the otehr song, which was a real coup.  As far as Lennon goes, well we had a lot of strange, interesting.... well, we'll get into that later.

Q:  Tell us about George appearing on the show

TS:  Well, I had a very beautiful lady that I was living with at the time who was my production assistant on the show.  He (George) came over and we spent a lot of time watching some of the old tapes and some of the newer shows together.  He was very charming but a little uncomfortable by himself on the show.   I look back and when I see some of the old shows, and I see he was a little self conscious.

They're (the Beatles) not so used to talking as they are performing and singing, so we didn't put a lot of pressure on him to do any of the sketches like we did some of the other groups who were more adept at getting involved there.

Later on, when we had another television series in '74, '75, '76, Ringo came on and we did sketches with him.  You've got to help him along.  He's a funny guy, but he suffers through it.  He tries everything.  He's a good soul. 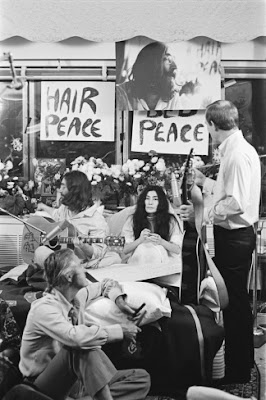 Q:  Now you were part of another episode in the story.  You were at the bed-in strumming along to "Give Peace a Chance," right?

TS:  The Montreal Bed-In for Peace.  Dr. Timothy Leary was there, as well as a whole group of people at the time who were hanging around.  They were laying in bed, Yoko and Lennon , and we spent about three days up there, just partying and having a good time.

They had all these mikes set up there and they gave me a guitar.  I remember this distinctly -- he was playing "Give Peace a Chance" and we were all sitting around the bed singing.  He was playing a lower open chord formation, so I went up and did the next chord inversion and I was playing a couple of  passing chords.  We were singing along and all of a sudden he stops and says, "Hey, play what I play.  Play exactly what I play.  I want it to sound that way."

I said, "Sorry I thought I was filling in some of those chords. Of course, he's a pretty good musician.  I've been playing for a while, but he liked that doubling of the sound of the guitars on that particular song.

Then later on, a poster came out with Lennon, Leary and I and Yoko on the bed there I said, "Oh my goodness!  I'm being immortalized with the Beatles!"

Another time, there was a big party in Laurel Canyon.  It  was with, what was the name of the guy, my good friend -- Harry Nilsson.

We were all hanging around together at the time.  Lennon and Harry starting hanging around together a lot.  They'd drink a lot of brandy and get a little high, a little crazy.  I'd stay with them for a while.  But I was the only guy who had a regular job.   They had done their albums and really weren't working at the time.  This would later on, in '74.

Q:  Around the time of the famous Troubadour incident?

TS:  Yeah, before then, things were pretty nice, but we'll get into that.

Q:  What, if any, influence did the Beatles have on a musical-comedy actor?

TS:  The first time the Beatles really got to me was Rubber Soul.  It was the first album that impressed me; it was so acoustic and pure.  Just about all the tunes on that album were -- "Norwegian Wood" - -all of them.  They were played constantly.

The sixties were a very psychedelic and high period.  There was a lot of hope in the country.  Everybody was kind of radically liberal and peace oriented.  I would say, "Norwegian Wood."  Let's see, what are the other tunes -- I haven't played that album actually in a such a long time.  I've got to bring it out and play it again. 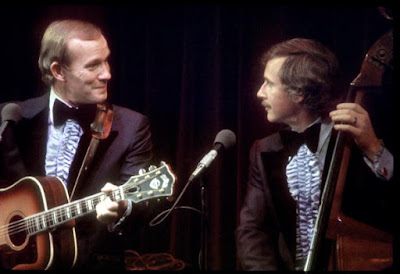 Q:  You mentioned that you'd elaborate on the Troubadour incident.  Can you clear that up for us?

TS:  That was in '74 and my bother and I had just started working for a couple of years.  We were ready to come back and play our first appearance at the Troubadour in many, many years.  Actually, since the television show went off the air.

So, it was opening night and I mean it was a huge Hollywood opening.  During our first set I heard someone yelling something about pigs -- it was fairly disgusting.  It came from an area that was a kind of the elite, raised area.

The Smothers Brothers have slow timing.  I work kind of slow, not the rapid-fire, Robin Williams type of comedian.  And I kept looking over and every time I'd take a timing break, it (the yelling) would come in.   I couldn't figure out who it was.  I knew Harry was there and I knew how Harry Nilsson gets because I've been out with him when we've been a little crazy.  And I knew Lennon was there, but I didn't know who as doing it.

The heckling got so bad that all of a sudden -- I couldn't see very well from the stage -- but our show was going downhill rapidly.  No one cared because It was just a happening anyway,but there was a scuffle going on and we stopped the show. 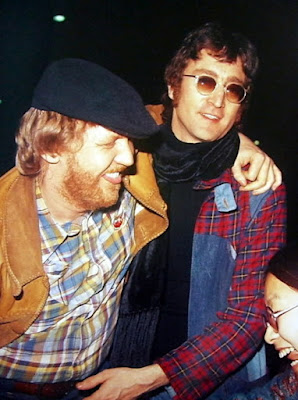 My wife, who I had just married, ended up with Lennon's glasses because of the punches that were thrown.  Then he went outside 'cause he was still angry and kicked the car parker.  I was pissed off because here was Lennon, a pretty good friend of mine and Harry Nilsson was a close -- I mean we were very tight and had great respect for each other, but they were tuned up pretty good and drinking brandy. 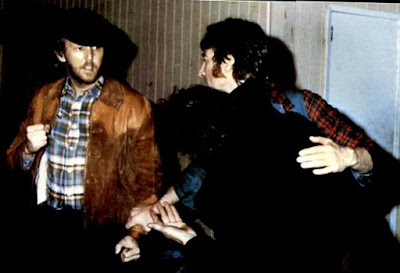 Harry was very persistent saying, "Tommy, I didn't do anything."   "I know you, Harry,"  I said.  "You were whispering to John to yell out those things."  And he says, "I didn't whisper it -- I just made the suggestion."

I forget how it came about, but he denied having anything to do with it.  But I knew he did.  He admitted it later.

Flower came the next day, apologizing.  Those things happen.  I looked at it then as the way I still do now.  the Beatles weren't performing or recording anymore.  Harry Nilsson was working on other things and wasn't recording a lot.  And when you're that high-energy and that creative, and you don't have a job to focus on, it comes out somewhere.  It's either in someone else's performance or jumping in.

It was another one of our highlights.  a lot of our career has been based on accidents.
Posted by Sara S. at 10:39 PM