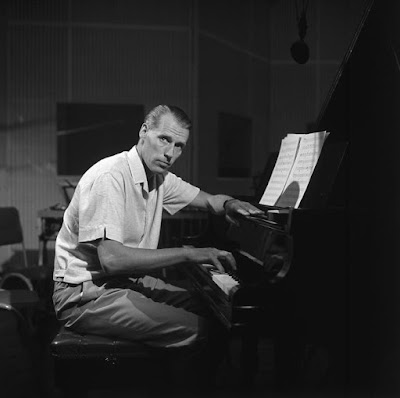 We all have heard the story so much that it has gotten to the point where we start to roll our eyes and say --" there he goes again...."  whenever we hear Paul McCartney start talking about how he heard the tune for "Yesterday" in a dream while he was living in the Asher's home.   He went to everyone he knew and hummed the tune and asked them if they recognized the tune because you don't just dream up a new song.    He couldn't think of any words and so he would sing "Scrambled Egg."  Blah blah, right?

The story might be "old hat," but the song, "Yesterday" is just as beautiful today as it was in 1965.   Every time I hear Paul perform it live in concert, I get tears in my eyes.    I have talked to fans that saw the Beatles in concert in 1966, and they all stated that the stadiums were the quietest during "Yesterday" (although some of those Paul girls were still screaming through it) because it was so beautiful, and it would have been rude to scream through a beautiful song.

Have you ever thought about what "Yesterday" would have been like without George Martin's input.  I am sure you all are familiar with the acoustic version on the Anthology -- which is really good.   But something about George Martin's score with the string quartet is what REALLY made this song.   It was because of those strings, Beatle fan parents started to pay a little bit more attention to the band their teenage children were going mad for.    Older college students and young adults paid a bit more attention to the Beatles as well.    They just didn't sing catchy "yeah yeah yeah" songs, but can put out music that had orchestration as well. 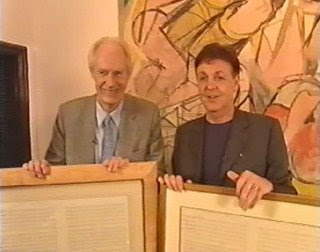 It’s hard to choose favourite memories of my time with George, there are so many but one that comes to mind was the time I brought the song 'Yesterday’ to a recording session and the guys in the band suggested that I sang it solo and accompany myself on guitar. After I had done this George Martin said to me, "Paul I have an idea of putting a string quartet on the record". I said, “Oh no George, we are a rock and roll band and I don’t think it’s a good idea”.  With the gentle bedside manner of a great producer he said to me, "Let us try it and if it doesn’t work we won’t use it and we’ll go with your solo version".  I agreed to this and went round to his house the next day to work on the arrangement.

He took my chords that I showed him and spread the notes out across the piano, putting the cello in the low octave and the first violin in a high octave and gave me my first lesson in how strings were voiced for a quartet. When we recorded the string quartet at Abbey Road, it was so thrilling to know his idea was so correct that I went round telling people about it for weeks. His idea obviously worked because the song subsequently became one of the most recorded songs ever with versions by Frank Sinatra, Elvis Presley, Ray Charles, Marvin Gaye and thousands more. 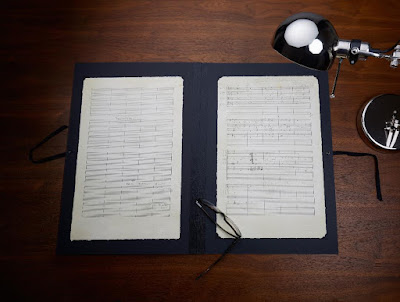 In 1965 George M. wrote the score for "Yesterday" and Paul wrote at the top "Yesterday" by Paul McCartney John Lennon and George Martin and Mozart.     Copies of the famed "Yesterday" score are available for purchase right now from Abbey Road Studios in London.    They are limited to 500 and look really nice.    It would be great a Christmas gift for a Beatles fan.    It looks really cool in a fancy portfolio and would be a great tribute to the great George Martin and one of Paul McCartney's greatest songs, "Yesterday."

To order your own: