Being a John fan -- a 2nd generations fan view 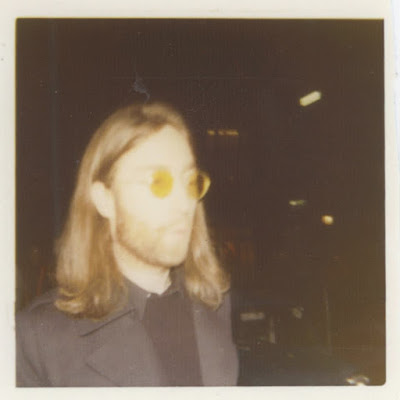 I can't speak for any other Beatles fan out there, but for me personally, December 8 is always a sad day.    This year I tried to remember how John became my favorite Beatle and I thought I would share it with you all tonight.     I realize that being a 2nd generation fan makes my experience vastly different than most of you, so you might find it interesting (or maybe not).


I first became a Beatles fan in 1988.   And like most people when they start to like the Beatles, I couldn't always tell the difference between the four guys in photos much less by the sounds of their singing voices.    I just knew that I really liked the music, and when you have the entire Beatles catalogue available to you -- it is a lot to take in at one time.

One of the first books I ever purchased about the band was Beatlesongs by William Downing.   It is a pretty good book, especially for new fans because it broke down exactly who wrote what Beatles song, who sang on each song, who played what instrument, etc etc.      So I had this book and I really loved it.    I decided to write down a list of my 10 favorite Beatles songs and then read about the information on those songs.   I wish I still had the notebook with those songs written in them, but I do remember songs included  "All you need is love,"   "A Day in the Life"   "Strawberry Fields Forever,"  "Lucy in the Sky with Diamonds,"    "Help!" and "Lovely Rita."    Out of the 10 songs I wrote down, 9 of them were Lennon songs.        That actually surprised me, and made me want to find out a little more about the "Lennon" in this Lennon-McCartney partnership.


I remember looking at some of the photos I had and it was very obvious to me that Paul was "cute" but John was handsome.    John had a physical look that I liked, even at 13 years old.

My next step was to read a book about John Lennon.    By this time it was about 1990 and the book that I found on the discount table was the hardback version of  The Lives of John Lennon  by Albert Goldman.    I was so far removed from Beatles news and had no idea that there was an entire group of people out there in the world that wrote about the Beatles regularly and had strong opinions about things.   So I didn't know that I was supposed to hate this book.    I didn't know that it was not considered a good book and that droves of fans were protesting it.   I just knew that it was on the discount table at BDalton at the mall and I had enough babysitting money to buy it.     It was the biggest book I had ever read and if liking music from the 1960's, having thick glasses and being shy didn't make me the target of bullies -- then carrying around an extremely thick book and reading it all the time sure sealed the deal.

That leads us to how I found out about what happened on December 8, 1980.    I found out 10 years after the fact by reading the Albert Goldman book.    I knew that John Lennon was no longer alive before I read the book.    But I guess I just assumed that John, like so many other rock stars of the 60's died of drug complications in the late 1970's.    So when I first learned that he had been murdered and was 40 years old, I cried like it had just happened.    Because for me --- it DID just happen.   I had just discovered this complicated, intelligent, handsome man and to learn that he died for absolutely no reason of his own was crushing to me.

Being a John fan isn't always easy.   From the get-go I felt some pangs of jealousy that Paul, Ringo and at the time George fans could have a chance to see them in person or get a new album from their favorite.    While I will never have that opportunity to experience that excitement for my favorite Beatle.     It isn't easy defending John --- it gets old trying to explain why you still love someone that they say was a "women beater," or for some of the mean things he said in the Rolling Stone interview or for marrying Yoko.     But I always have felt some connection to John that I don't feel towards the other three.   I am proud to be a John Lennon fan and I continue to stand for giving peace a chance.