Riding so High -- a Book Review 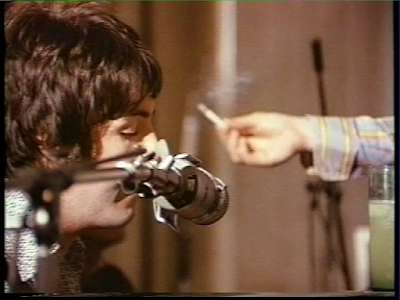 When Joe Goodden, the man behind the single most popular and respected Beatles site (The Beatles Bible)  on the entire Internet writes a book--you take notice.    You have to give Joe credit for tackling a subject that is taboo to most Beatles' writers:   the Beatles drug usage.    A lot of Beatles book gloss over the subject, mention it briefly or skip it completely.    However, Joe dives in head first to a uncomfortable subject that really shaped the Beatles into the musicians and people that we admire in so many ways.


This book does not glorify the drugs in the Beatles' story and does not condone the use of such chemicals.   Instead, Riding so High gives the facts behind the the alcohol, pills, marijuana, LSD and other hard drugs that each of the four Beatles took.    The time Joe must have put into research this book much have been incredible.    He left no stone unturned when it came to direct quotes from the Beatles and insiders.   Every quote one of them said  about drugs from an interview, article or book is found in this book with all references listed so that if you could locate the interview and read it yourself in context.      Pretty amazing. 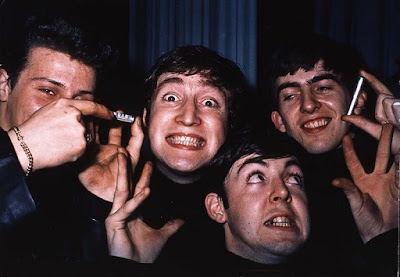 I liked how the book was divided up.  Instead of going year by year into the Beatles career and the drugs that they took that year,  each chapter focused on one particular drug and told the stories of the usage of that drug during the Beatles' time together.    Many of the stories are ones that we all are familiar with:   The Prellies in Hamburg,  the Dentist who slipped the LSD to George, John and their wives,  She Said She Said,   Bob Dylan giving the Beatles pot in 1964, etc.     However, within those chapters of the well-known stories are found others stories that weren't so well-known as well background histories of each chemical and its usage in England in the 1960's.   That really helped put things in perspective to how the Beatles would have gotten ahold of such drugs and who they were using it with. 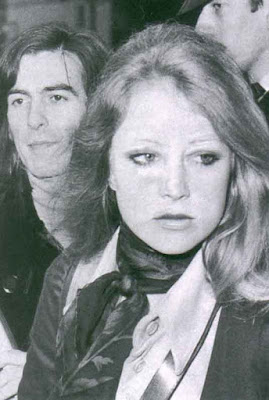 There is also a chapter about the the individual Beatles' legal troubles when it came to drugs.   There is a lot of information about John and Yoko's drug bust as well as George and Pattie's.


The last four chapters is all about the solo Beatles' drug usage after the break up of the band.   Again -- nothing new or shocking in this part, but still interesting nonetheless.   Seeing all of Paul's arrests and legal issues with pot over the year over the course of a few pages make you realize just how careless Paul was when it came to having marijuana on him.


I do have to say that this book is really a heavy book.   I had to put it down a few times and just stop reading and go do something else for a while because it was hard for me to read.    I found the parts about John doing heroin to be especially difficult for me.   I am not in denial -- I accept that John went through a time of some serious and heavy drug usage, however; I don't really like to dwell on it and that chapter in the book made me face an uncomfortable part of the Beatles'/John's history that I don't care to really think about.    Really there were times when I thought, "wow -- and I like these guys?  They were a bunch of junkies...."    We are fortunate that the Beatles' drug usage was able to be contained and we didn't lose one of them to an overdose.     I also found reading about Ringo's alcoholism in the 1970's-1980's to be difficult.    Reading about how he and Barbara used to be physically abusive to each other while drunk isn't easy to read, especially when you see the peace-loving couple today.    And I guess that is the good news --  each of the guys stopped the heavy drugs they were using eventually and focused on their music and their families instead.


Riding so High is an extremely interesting book and it is by far the cheapest Beatles book of the year!  The ebook version only costs $2.99 and the hard copy is $13.    I would guess that the book is so affordable because there aren't any photographs in the book.   Personally, I would have paid a little more in order to get some photos, but then I AM the Beatles photo girl, so I would think that, right?


I am curious to see what other fans think of this book -- so get yourself a copy and let me know!