The Beatles and Sgt. Pepper: A Fan's Perspective -- A Book Review 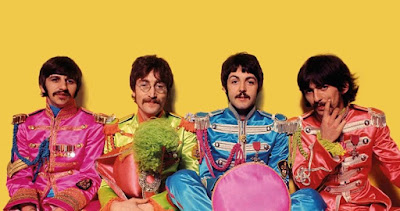 2017 has really been the year of Sgt. Pepper and I have to admit that while I am not tired of the music, I am getting a little tired of hearing about it.   However, I decided to give Pepper one more hurrah for the year and bought a copy of Bruce Spizer's newest book  The Beatles and Sgt. Pepper:  A Fan's Perspective.


If you are hoping to get a new "Spizer" book that is in line with his other books, then this isn't the book you are wanting.     It is a completely different book than what he has published in the past.  This book is really a bunch of short articles about the Sgt. Pepper album put together in one spot.


Spizer wrote two or three of them and they are very well-written and informative, although there really wasn't any new information to be found in them, they still made you think about how things were in 1967 and what Sgt. Pepper meant in the middle of a changing world.      Piers Hemminsen wrote a great piece about Sgt. Pepper in Canada in the summer of 1967, Al Sussman contributed two pieces about his thoughts (both very insightful), Frank Daniels wrote about the influences on Sgt. Pepper and Bill King had a story first published in 1997 included.

The best part of the book, however is not the articles, but the short stories about Sgt. Pepper told from first and second generation fans from around the world.   I was surprised to see so many names of people I personal know or have heard of in the book and I really enjoyed reading thier stories about how Sgt. Pepper became a part of their Beatles' life.   I was really shocked to see my own story included!    I had sent something in many months before the book was published and never heard back if it was going to be in the book, and so I figured that it wasn't.    Lo and behold there is my very own Sgt. Pepper story from 1988!    And since I figure no one was told if his/her story was included, I thought I would put the names of stories that were included so you can see if your own story or a story of a friend is included:


Those last entries are especially interesting because they talk about the album release in non English speaking countires, including Russia, where Beatles albums had to be sneaked into the country.


The last part of the  book is all about the music and recording (date, instruments, how many takes, etc) and has some beautiful Beatle Book Monthly photos.

I am not sure what I was expecting out of this book, but for $30 spent, I think I was expecting a little more than what it was.    A bunch of articles and stories by fans is nice, but did it deserve a full hardback book?  (Although if I had bought it from Amazon instead of directly from the author, I would have saved some money)  The recording information seemed out of place to me.      I am not saying that it was a bad book by any means, but I was a bit disappointed and was expecting something of a little more substance from Bruce Spizer.