Running out of petrol

This story was found in a 1968 Beatles fan newsletter and was told to the writer by a girl named Anne who at the time lived in Surrey.    There is no way to check if stories like these are true or not, but I like to think that they are true. 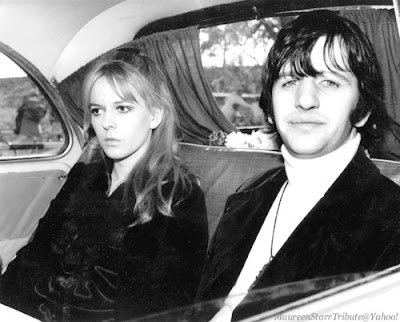 My father, who is a journalist, was driving home in the early hours of the morning after working all night, when he saw someone standing in the road.  A bandit?   No, Ringo!   Who was waving his arms wildly.  My father slowed down and Ringo told hi that he had run out of petrol.   He and Mo had been to a party in London but had a lift up to town from the Lennons in their new Rolls Royce.  Maureen wanted to leave before the Lennons and a friend offered his car as transport home.  Trouble wasthey hadn't checked the petrol situation.  Ringo thought there was a petrol station down the road and asked Dad if he'd take him up there to get a can of petrol.   Daddy told Maureen to lock herself in the car as there are funny characters around at that time.   When they got to the petrol station ti was closed.  Ringo seemed at a lose to know what to do, so Daddy laughingly said he could take him him on one condition (we live near Weybridge in Surrey).   Ringo asked what the condition was and Dad replied he would like his autograph for his daughter (me!).   "She's mad on you," Dad said.  "I don't mind you, it's the Monkees I can't stand."  As you may have realize d by now, my father is rather square only quite a nice square!  Ringo was very grateful for the lift and chatted to Daddy all the way home, amongst other things he talked about Zak.   On arriving home, Ringo went to the ring the doorbell as he had no key.  One snag -  no bell, only a bit of wire sticking out.  ringo exclaimed, "Somebody's pinched the bell."   He told Daddy this was always happening.  "It's probably the kids again," he said.  Someone opened the door for them adn they all went inside, to be greeted by Ringo's poodle who rolled on his back for Daddy to rub his tummy.  Then Ringo said "Has Anne got our new album?"  Daddy said he didn't think so.   Then Ringo disappeared and came back with the album.  On it he'd written "To Anne, Love from Ringo XXX"