Why I still love going to the Fest for Beatle fans 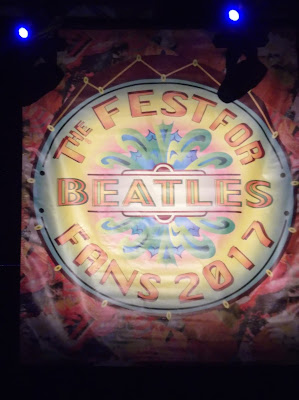 I have been going to the Fest for Beatles fans (also known as Beatlefest) in Chicago since 1994.   When I started going in the mid 1990's--- it was the boom years of the Fest.   Between  8,000 - 10,000 fans were there over the three day weekend.   It was so crowded!     There were two large rooms that sold Beatles memorabilia, including bootleg Cds.   This was right before Ebay took off and so Beatlefest was the only place to see most of these items.


Over the years, things have changed.   Many of the special guests have passed away, and  attendance has dropped way down.   I would guess about 3,000-4,000 people come over the weekend.   There is almost nothing left to buy in the vendor area.   The prices of the ticket to the Fest and the hotel have gotten very expensive.   And yet the Fest weekend remains my favorite time of my whole year and I wouldn't miss it for anything.   Why?


Before you roll your eyes at me and mumble something about "Oh -- she is a Beatles author now, so she gets paid to say this."   Let me make this clear.   None of the authors get paid to be at the Fest for Beatle fans.    If you buy a table to sell your wares at the Fest, it will cost as much as a 3-day ticket.   You do not get free hotel rooms or free meals or even a free t-shirt.    This year at the Fest I gave a presentation and was on two panels.    I still had to buy a 3-day ticket and wait in line just like everyone else.


So while so many people are on Facebook complaining about how the Fest isn't what it once was and vowing to never return---why do I enjoy it so much??

While the list of guests that are possible to speak at a Beatles convention is sadly getting smaller and smaller, the people that are left still have great stories to share about the Beatles.    They still have funny antidote and they still have music to share.      This year I loved hearing Leon Wildes talk.   I did get to hear him in New Jersey, but I didn't get to hear his whole talk because I was trying to sell books and couldn't leave my table for very long.

Wings (Denny Seiwell, Steve Holly, Denny Laine, and Lawrence Juber) was fun to watch perform.   Denny Laine's voice didn't sound very good on several of the numbers and maybe someone else should have sang a few of the songs in stead of Denny.  But---- it was still really awesome. 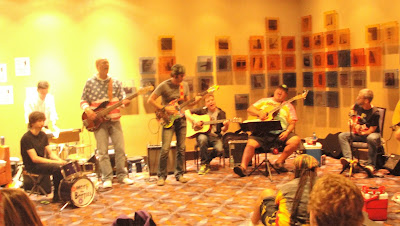 With social media being such a big part of the Beatles fandom these days, the need to physically be around other fans isn't as dire as it was 20 years ago.     But there is one thing you can't do on social media that you can do at a Beatles convention:   join in a group Beatles sing along.     I can't explain how thrilling it is to sing along to the B side of Abbey Road with people that also know all the words.  To sing B-sides of Beatles or solo singles and everyone there is smiling, dancing and enjoying it.   The Chicago Fest is known for the large groups of people sitting around the hotel with every instrument you can think of singing Beatles songs into the wee hours of the morning. 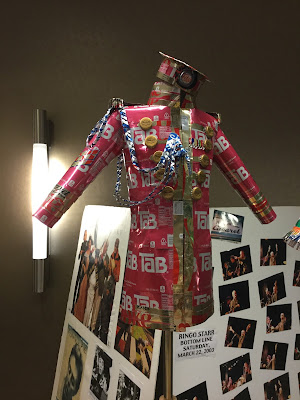 Every year there is a big art contest at the Fest for Beatle fans.    I can't get over how creative and imaginative Beatle fans are!    I think as fans, we express our love for the guys in different ways and I am also super impressed by the artwork fans submit into the art contest each year.     I love going into the art room and looking at each piece up close.   Eventually before Sunday comes, I will vote for my top three favorites, but honestly--- they are all winners!


I really think it is fun being on a Beatles panel, but I also enjoy hearing the other  panels and AV presentations.     It isn't every day that I get to hear people talk  about the importance of Sgt. Pepper or the origins of Penny Lane.    I think about this geeky Beatles stuff every day, and finally when I get to the Fest, I get to let it all spew out with other people that have had similar thoughts (or opposing thoughts--that's fun too).     I get to learn new Beatles things and my appreciation for the band grows even more. 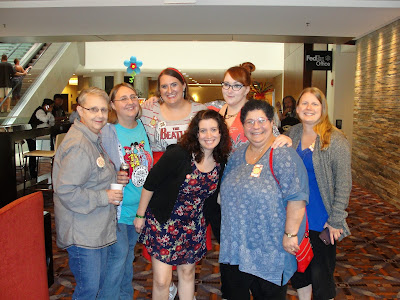 When I was in high school, I was made fun of for dressing in tye-dye and loving the Beatles.   When I went to my first Beatlefest, I finally found other people that were like me!    Luckily, with the internet, our world has gotten smaller and it is easier to find other Beatles fans out there.   But--- it is not the same as spending some in person time with other fans.   And where else can you go to meet new friends than at a Beatles convention?   You know that you have something in common with everyone there, so you are starting out on a common ground.     I often think of Beatlefest as going to summer camp.    You go there to see your old friends that you only see once a year.     I often wonder if the guys in the Beatles have any clue about the amazing friendships that have happened because of their music.


And so that is why I keep going to the Fest for Beatle fans and why I will keep going until they close the doors on the event.     I hope there will always be events for those of us who love the Beatles can gather to share thoughts, creations, music, and stories with each other in person.    Beatlefest has a lot of flaws, but the spirit of the Fab 4 is alive and well in those of us that still go -- and that makes it worth the money for me.

Email ThisBlogThis!Share to TwitterShare to FacebookShare to Pinterest
Labels: 2017, artwork, Beatlefest, Denny Laine, Denny Seiwell, It's my blog and I will post what I want to, Lawrence Juber, Leon Wildes, Sara's life, Steve Holly, Wings