The e-book 101 Hours with John Lennon & Paul McCartney by Lillian Roxon first appeared as an article for "Eye" magazine in 1968.     Since most people do not have this rare magazine at their disposal, this 15 page e-book makes the article available for anyone to read.

A little background information is that Lillian Roxon was Linda Eastman's best friend at the time.   Lillian was a music writer and Linda of course was a music photographer.      They worked together on this story with Lillian writing the story and Linda taking the photos (which are WAY too small in the ebook.  I am showing the photos here in this post).

Lillian followed John and Paul around New York during their May 1968 trip to announce the formation of Apple.    She spent 101 hours with the two Beatles and reports back what she observed, what they wore and what they said.    One thing that is missing is this expose of a weekend in the life of Lennon-McCartney is that Linda was not there just as a photographer.     Linda is not mentioned at all, but we all know now that she was there "with" Paul. 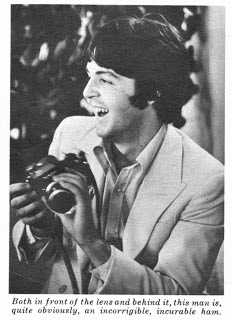 Lillian is obviously a John Lennon fan and she makes little jabs here and there about Paul (such as calling him an incurable ham).


This article is really a brief overview of what they did in New York at that time.    It briefly talks about the interviews at the St. Regis Hotel, the Tonight Show interview, the walk in Central Park, the Chinese Junk boat trip (cost $400 for the day), the main press conference  and staying at Nat Weiss' apartment.

One part that I guess I wasn't familiar with was that they went to one of  Brian Epstein's favorite restaurants, where the owner had to stop people from coming in so they could enjoy their meal and then went to a club called Salvation. 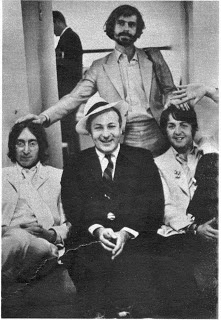 The only part of the story that I found interesting was about two fans named Julia and Anne.   I have to wonder if these are the girl's real names or names that were made up.      Julia was a Paul girl and Anne was all for John.     These girls found out by typical Beatle fan ways where the guys were going to be staying and got into Weiss' building.    They ended up following the guys to Central Park and were some of the few fans there at the park.     Supposedly Anne said to John something about how she wants to come and sleep on his lawn and John answered, "You'll have to move when the gardener comes."     I wonder if these two girls are really the girls that I have spoken to that took photos of John and Paul at Central Park.   I was always told that they were the only ones there.    Either they are the same girls, or the girls in Lillian's story are totally made up. 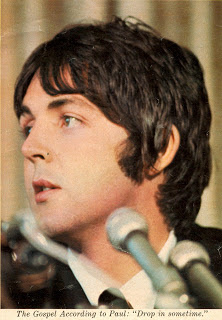 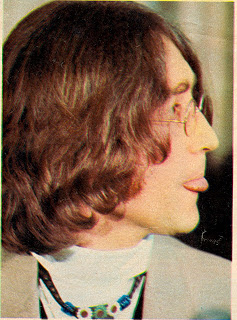 This was an extremely short article and it didn't go into enough detail for my liking.    It was fun to read, but I am not sure if it was worth the $1.99 that I paid.       It was interesting and if you place it along with the other information about this weekend that was written (Denis O'Dell comes to mind), it makes a good companion piece.     I just wish more details were included and less opinions.


Sadly Lillian Roxon and Linda drifted apart as friends, especially after Lillian wrote a terrible review of the James Paul McCartney TV special.   She died from an asthma attack a year later, so the two former friends never had a chance to patch up their differences.