55 years ago today, the Beatles' original bass guitarist, artist, and friend Stuart Sutcliffe died at the age of 21.

Stuart's death is part of the sad tragedy that is woven into the Beatles' story.    And unfortunately, because Stu died at such a young age, we as Beatle fans never really got the chance to know him.  He has always remained sort of a mysterious figure that is overshadowed by his early death.   Sure we know about the love story of Stu and Astrid and that they were engaged to be married, but even that is punctuated by the sad ending that Stu died in Astrid arms before the wedding ever took place.

And we know that Stu was a talented artist and John met him in Art College.   There are books that tell about his life, and yet I still feel like we lost the chance to truly get to know him.   It is such a shame because I think as Beatle fans we really would have loved him.

Imagine if Stu had lived.  Would he and John remained friend thoughout Beatlemania?    Would Stu and Astrid go on holidays with John and Cynthia?    Would Stu's art become well known and loved and hanging in some gallery that Yoko was involved in?   Would John have talked Stu into playing bass again on the Live Peace in Toronto gig?   Today would he be a favorite guest at Beatle conventions?   Talking about the old days in Hamburg and selling his art?

Like so many in the Beatles story, we lost Stu way too soon---way before he could really make the impact that he could have made on this world. 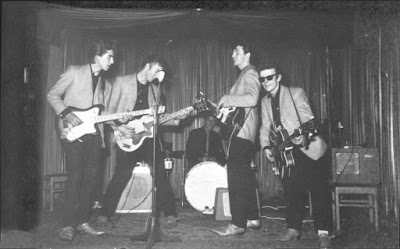 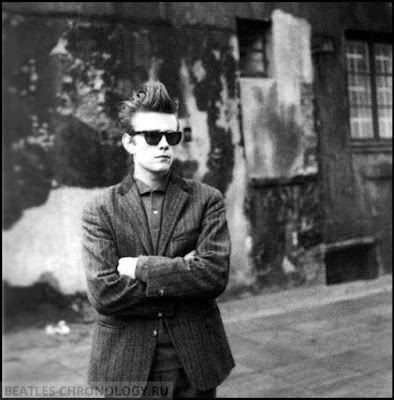 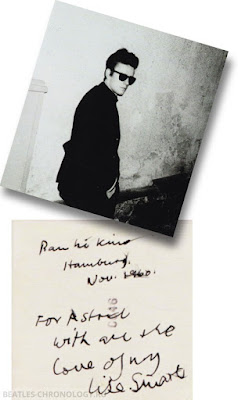 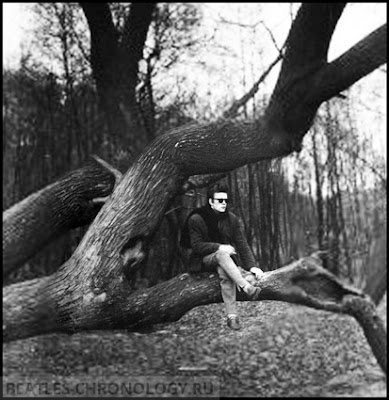 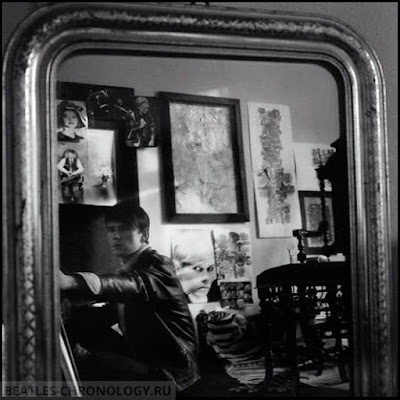