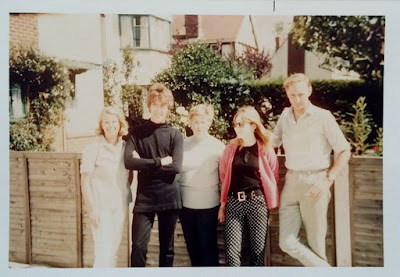 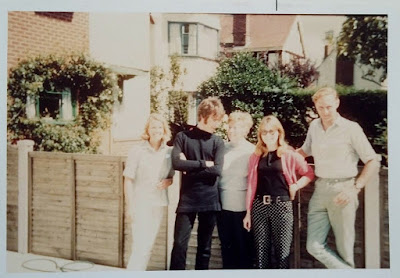 These two photographs of John and Cynthia were sold this past week on ebay.    The description said that were from 1967 and were taken outside of John's old house, Mendips in Liverpool.    It said that they were taken in the back garden of the house.

So this confuses me.  You might recall my most embarrassing moment of this blog.   When I traveled to Liverpool in 2010 I returned home with the story of a photograph that I saw inside of Paul's childhood home of John Lennon and a girl (looking much like he did in this photo).  According to the guy that was in charge of Paul's home at the time, he told me that the photograph was taken when John visited Liverpool and was spotted by the girl who lived in the McCartney home at the time.  She saw John standing outside of Mendips and ran home to get a camera.    I posted this story without doing any research only to have it quickly debunked my Mark Lewishon.      I was pretty embarrassed and for some reason the story got shared on a Paul is Dead site, and so I get all sorts of strange comments and questions about it.

So now this photo appears.   And John is supposedly standing outside of Mendips in late 1967, only I am not so sure it is Mendips.   It sort of looks like the house and then it sort of doesn't at the same time.

I need some super sleuths on the case to help me out with this one.


Edited:   See comments section for where this photo was taken!
Posted by Sara S. at 11:33 PM