All my Loving: Coming of Age with Paul McCartney-- a Book Review

All my Loving:  Coming of Age with Paul McCartney by Beth Kaplan is the true story of Kaplan's teenage life growing up in the 1960's and falling in love with the Beatles, especially Paul McCartney.

As a 13 year old in Canada, Beth had pretty big problems to deal with.   Problems that a lot of teenagers have to go through, but still big problems.   Her parents for one thing fought a lot and had a lot of marital problems.   Her Dad was not kind to her and her brother was obviously his favorite.   Plus she wasn't developing as quickly as her classmates and was concerned about puberty and all that comes along with it.     And then Beth heard the Beatles....and things changed for her.  She became a full blown Beatlemaniac and fell head over heels in love with Paul McCartney.   Beth knew that she and Paul were meant to be together and would write elaborate stories about their love to help her escape from the world around her.

In the midst of all of this, Beth and her family had to move to Paris, France due to her father's job.  Beth did not want to go.  She did not speak the language,  and she did not want to move away from her Beatle crazed friends.   In order to survive in a foreign country, Beth relied more and more on the Beatles music and mostly in her made-up world of Paul McCartney.

In the summer of 1965, the Beatles performed in Paris and Beth got tickets to BOTH shows!   For the first one, she was down in the front, surrounded by boys.  She turned her recently purchased program to the photo of Paul and waved it around.   Paul saw her and waved!   What a thrill for her! 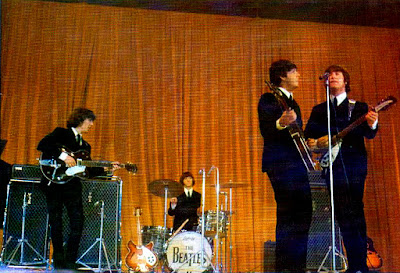 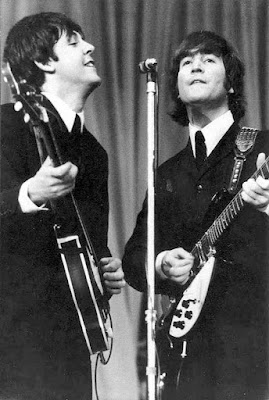 I enjoyed reading All My Loving.  It was easy to read because Kaplan is such a good writer and the story flowed very well.      Everyone (well females especially) can relate to many of the things that Beth experiences during her early teen years, but having it happen in the middle of the Beatles made it an interesting read.

First generation fans would be most likely to enjoy this book, as they were the ones that were growing up right alongside Beth.   However, I think teenagers today who are Beatles fans would also enjoy this book and it would be interesting for them to see that the problems they face aren't that much different than the problems faced by a teenager in 1964.