Those we have lost---saying farewell to 2016

First and foremost I want to wish each and every visitor of Meet the Beatles...for Real a happy New Year.   I wish you only the best in health and happiness as we enter into 2017.

I am aware that most of you out there had a terrible 2016.    I want to extend my sympathies to you. I hope that this blog was able to bring a little of happiness into the gloom of the year for some of you.

I had a wonderful 2016 and I feel  a bit guilty saying that.  But it is true.   I was able to see Paul McCartney in concert twice as well as two Beatle sons.    My book, "Happiness is Seeing the Beatles:  Beatlemania in St. Louis" was published and I was on television and radio talking about my book.   It was such an exciting year for me.       A big thank you to each of you who sent me messages and emails and supported me in any way with my book.   I appreciate it.

I hope that all of us have a great 2017.   It will be the 50th anniversary of Sgt. Pepper and the Summer of Love, which should be a lot of fun.     I hope that Paul tours Australia this year because i think our friends Down Under deserve to see him again.

As we say goodbye to 2016, I wanted to take a moment and remember those in the Beatle world that passed away this year. 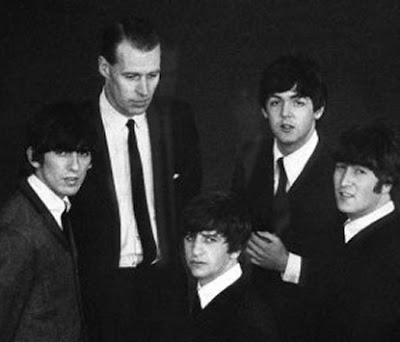 George Martin passed away on March 8, 2016.    No one can say that George Martin didn't live a long and full life.    However, the death of the Beatles' producer left all of us feeling empty and sad.    His influence on the Beatles' music was huge and I know that we all are thankful for his contribution to their music and especially for taking a chance on them in 1962.     George Martin will never be forgotten.

Tony left us on May 14th.    Tony was the Beatles' PR guy for a long time and traveled with them on the 1965-1966 tours.    He was remembered in death as the guy that named the Beatles the "Fab Four."   But I think he did so much more for the Beatles than just that.     I always enjoyed the stories he shared on Beatles documentaries and specials.   He had a unique relationship with the guys. 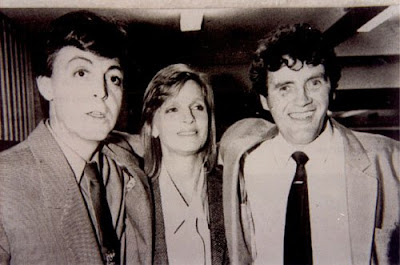 As you know, Sam passed December 20th.   Sam was a key figure in booking the Beatles concerts outside of the Cavern Club in the early days.  He was also a fixture on the Liverpool music scene in the early 1960's. 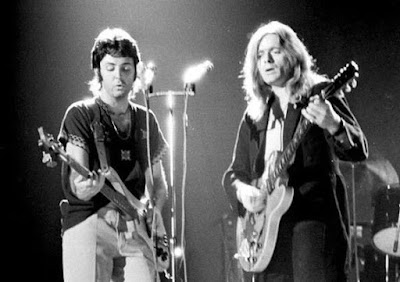 Henry is the only person on this list that wasn't connected to the Beatles, but to one of the guys during the solo days.  But since this blog is about all aspects of the Beatles from birth until today, he needs to be on the list.   Wings guitarist, Henry McCullough passed away June 14, 2016.   He was an amazing guitarist and helped shape Wings.   He will always be remembered for his guitar solo on the song "My Love." 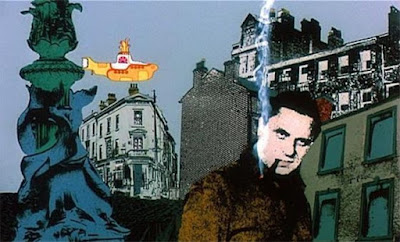 May all of these individuals rest in peace and let their friends and family find comfort in knowing that a community of fans mourn with them.

Email ThisBlogThis!Share to TwitterShare to FacebookShare to Pinterest
Labels: It's my blog and I will post what I want to, new years eve