It is somewhat of  a tradition here on Meet the Beatles...for Real that on the last two Wednesdays of the year, I take time off from my Wednesday review and count down some of the best things from this blog over the years.    This year we are gong to take a look back on the best of the Beatles fan memories.    This blog is full of amazing stories from so many of you and even stories from fans who have passed away and have left behind their photos and stories.     So this week I am going to share 10-6 of the stories that have gotten the most clicks over the past 7 1/2 years.

A Great story about a fan named Angela and my friend, Lesley who were able to not just meet George Harrison, but were welcomed into Friar Park and spent time with George and Olivia inside their home in 1977. 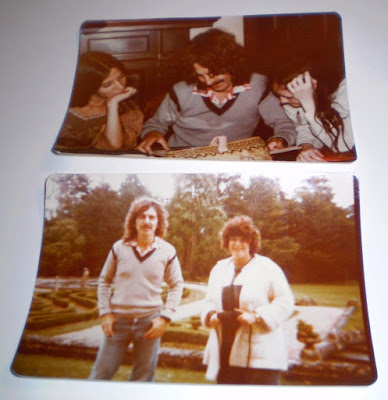 This story has picked up views since the Beatles Eight Days a Week film.   It has recently been figured out that the footage of Sigourney Weaver is not from the Hollywood Bowl concert, but actually from footage of fans outside of the Garden Party where the Beatles were shaking hands with the children of celebrities.

This is a great story of a fan who spotted Paul and Linda in the audience of a George Harrison concert.

I personally enjoyed this story about one of the actors from the Sgt Pepper Broadway play and meeting John and Paul during the run of the show. 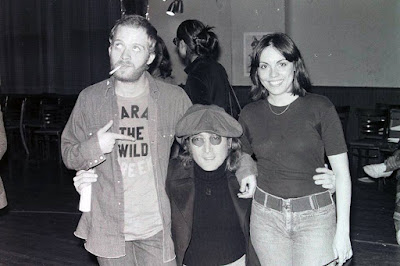 I hope you all enjoy revisiting these stories and come back this time next week for numbers 1-5!
Posted by Sara S. at 8:12 PM

Email ThisBlogThis!Share to TwitterShare to FacebookShare to Pinterest
Labels: It's my blog and I will post what I want to, MTBFR