Tatum Verbeck is having the best month ever!

I would guess that  it will be a long time before Tatum Verbeck comes down out of the clouds.   She managed to do something that the majority of us only dream about.   She has met both Paul McCartney and Ringo Starr all within the same month!

This 12 year old middle schooler is one luck girl!   She was called up onto the stage and held hands with Paul --who also kissed her on the cheek-- on October 6th during Paul's Sacramento concert.   Then on October 19th she went to Reno, where she was able to interview Ringo backstage before the show as a reporter for American Girl magazine.   The report I read claims that they "exchanged autographs," if that is correct, I would be highly surprised, as it would be the first autograph Ringo has given out to a fan since he declared no more autographs in 2008.

Tatum is a very lucky girl!! 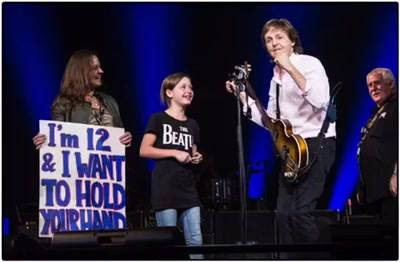 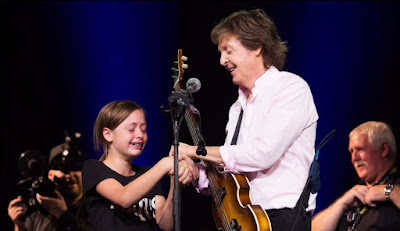 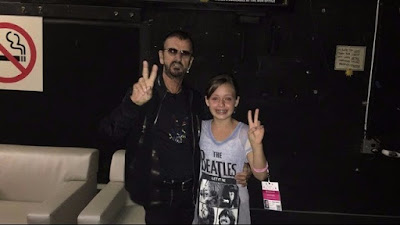