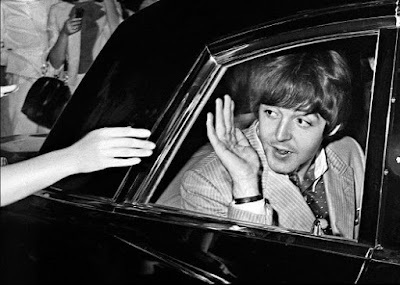 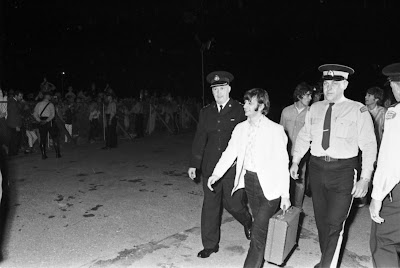 The Beatles will arrive in Toronto at dead of night, but they'll be assured of a reception committee numbering at least 200.

That's how many policemen will be at Toronto International Airport at midnight to guard the teen idols against over-enthusiastic fans.

There'll be at least 200 on duty again tomorrow when the foursome puts on two shows at Maple Leaf Garden and the Gardens' management has taken some security measures on its own.

A half inch steel cable will surround the stage and a steel wire net behind will protect them from potential souvenir grabbers and worshipers who just want to touch them.

Flying here straight from a show in Philadelphia, the Beatles party will be drive to the King Edward Hotel in three Cadillacs, with two trucks for instruments and luggage  and 45 passenger bus for the supporting acts -  Ron Ettes, The Cyrkle, The Remains and Bobby Hebb.

The Mersey-siders wills stay in the Gardens between the afternoon and evening performances emerging from a private suite for a press conference at 6:30 p.m.

Their route from the airport is being kept a secret to prevent any demonstrations en route.