Do You Want to Know a Secret: Book Review

Billy J. Kramer's autobiography, Do You Want to Know a Secret, tells his story of being a kid in Liverpool who became one of the key players in the Merseybeat Invasion of 1963.  It also tells of his struggles with drugs and alcohol and how he re-invented himself. 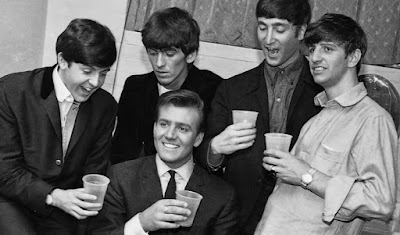 The first thing you realize about Billy J. Kramer was that he did not really like being famous.  He wasn't comfortable with the screaming fans.  He really disliked his backing band, The Dakotas.  They did not get along at all.  He also did not get along with George Martin and he did not always see eye to eye with Brian Epstein.

Who did he get along with?   The Beatles.   From the moment he saw them in concert in December 1960, he knew they were going to make it big.  He became friends with John, who gave him the "J" initial (which John said stood for Julian).    In those days Billy didn't write his own songs.  so he sang several Lennon-McCartney originals.    Three of those songs reached #1 on the charts right away, making Billy J. the first artist to do so with a Lennon-McCartney song that wasn't sang by the Beatles.  Billy J. is an introvert and he was not comfortable with his new-found fame. 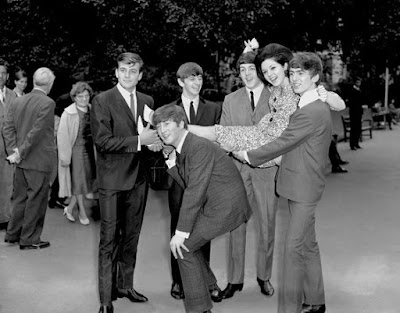 After his three big hits, he struggled to do it again.  He wasn't getting along with those around him and began drinking and became an alcoholic.   It was many years of suffering until Billy J. sought help and got sober.

I really felt like something was missing from this book, but I never could put my finger on it.   It is a very short book and you get a feeling that he left out a lot of information.  I also do not think he has been completely honest with himself, as he places blame on others but doesn't ever point out that he could have been at fault as well.

Things I enjoyed in this book were some of the Beatles things Billy witnessed.  He was at Paul's infamous 21st birthday party and tells what John did after the fight with Bob Wooler.    You also hear the story up until the fight, but Billy was there for the entire thing.     I also loved Brian Epstein while reading the book.  While Brian and Billy argued from time to time, Brian never stopped caring about him.  It was obvious that Brian did whatever he could to help and encourage the singer.  Even after the Beatles stopped touring, Brian was working to get Billy J. gigs.  I think that it wasn't until after Brian's death that Billy began to appreciate all he had done for him and came to understand just how special Brian Epstein truly was. 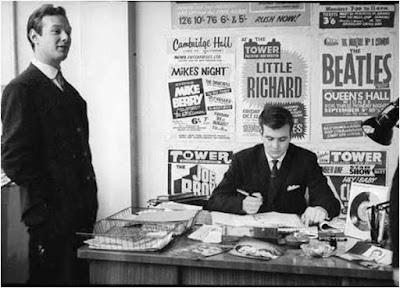 Do you want to know a Secret was an interesting book, and it was worth reading.  However, I am sure it will be a book that sits in my Beatles library and won't get read again.

You can purchase the book through Amazon  or if you want a signed copy, you can get it through The Fest.