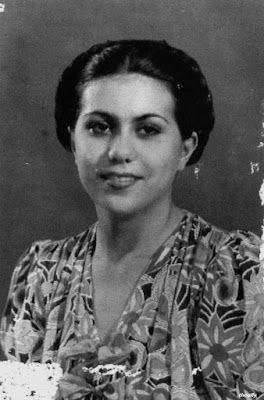 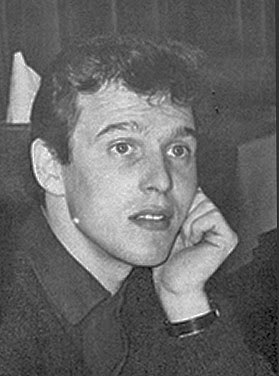 One of the stranger things that has came out over the years would be the relationship between Neil Aspinall and Mona Best.     Their relationship and child was hush-hush in Liverpool at the time with few people knowing the truth, although there were rumors going wild.      It wasn't until after Mona's death in 1988 that the story started to slowly get out and then 10 years later a book was published  that told about it.    And while today most fans know that Neil and Mona were an item, it is still an interesting footnote to Beatles history.


Neil Aspinall had been friends with Paul and George since they were in school together.   He and Paul were in the same class, but he was also friends with George and they both smoked their first cigarette together (ironically and sadly they both died as a result of smoking).     Neil went to school for accounting, but like most young guys during that time, enjoyed hearing music and would go hear his friends play at the Casbah Coffee Club, which was owned by Mona Best and her family.


To make extra money and since her home on Hayman's Green was very large, Mona would house boarders.    After getting to know Mona and her family, Neil became a boarder in their home.   In 1960 Neil was 19 years old and Mona was 36.

Mona Best was married to Johnny Best, who was a boxing promoter in Liverpool.   (Interestingly Rory  Best is the only  biological child of Mona and Johnny).     When the couple first met in India, Mona was studying to be a doctor.  Instead, she moved to Liverpool after her marriage to Best in 1944 and was a housewife.   It has been said that Johnny did not approve of Mona's carefree and what we now would think of as "feminist" ways.    She was independent and took it upon herself to purchase the large home on Hayman's Green by pawning jewelry and betting on a winning racehorse behind her husband's back.    She also opened the Casbah for teenagers in the cellar of their home without her husband's blessing.

By the time Neil came to live in the home, Johnny and Mona were somewhat separated.   Johnny was  traveling for his boxing job and was not home very often.   He refused to give Mona a divorce even though the couple had drifted apart.

No one knows for sure how or when the romantic relationship began between the two, or how much others knew about it.    Neil and Pete Best became close friends and along with the close friendship he had with Paul and George, he quit his accounting job and became the road manager for the Beatles, driving them to gigs.

By the spring of 1962, it was obvious that Mona Best, who was 38, was excepting a baby.   This caused a lot of gossiping because everyone knew that Johnny had not been around in a very long time.  However, no one questioned Mona about the baby.   Victor  Roag Best was born on July 21, 1962.    Wanting to make sure that her child was legitimate, Mona decided to list Johnny Best as the child's father and give him the same surname as everyone else in the family

However, another big change was about to happen in the Best family when on August 16, 1962, Pete Best was fired from the Beatles.    Neil was with Pete at the time of the sacking and the two had some pints in the Grapes afterwards to drown their sorrows.     Brian Epstein assumed that Neil would pledge his allegiance to the Best family (and who would have blamed him?) and lined up a new man to take Neil's place as the Beatles' road manager.    However, Neil remained friends with Pete and involved with Mona and still worked for the Beatles.

Many things I have read said that Neil moved out of Mona's home and they broke up directly after Pete was out of the Beatles, however I am not sure if that is totally correct.     Neil may have moved out of the home, however he still was there often.    He would store the Beatles' equipment in the home and at times John, Paul, George and Ringo would be sitting in the van outside of the house while Neil ran inside to grab some equipment.

Once Neil came to London, his relationship with Mona did not end.    There are several stories about Mona coming and visiting Neil at his flat in 1963.    But the relationship between them was over for good once Neil met Suzy in 1964.   They were married in 1968 and remained married for 40 years until Neil's death.

Strangely, even though Mona was very vocal about how upset she was about the Beatles' sacking her son and she blamed it all on the jealousy of the others because of Pete's good looks, she STILL remained on friendly terms with the Fab 4.    And while none of the Beatles spoke to Pete Best after he was sacked, they still spoke to his mother.    Mona loaned John Lennon her father's war medals, which he wore on the cover of the Sgt. Pepper album.    John was so thankful that he returned the medals along with the music award that is also seen on the cover and the same year they also sent her an "All you Need is Love" doll.     Maybe the fact that Mona was the mother of Neil's son had something to do with this?

For many year Roag denied the rumors that Neil Aspinall was his father.    But in recent years, Roag  has been very proud to say that he is the son of Mona Best and Neil Aspinall.

The ins and outs of the Beatles' circle is enough that a soap opera could have been written about it!
Posted by Sara S. at 9:47 PM