Drew and Dy at Apple

In 1968, two musician friends from England, Keith Drewett and Peter Dymond came to London on to audition with a music publisher.    While in a taxi, they spot Paul McCartney standing outside of the Apple Boutique.   They jumped out of the cab and ran up to the bass player and asked him to listen to their music and give his opinion on if it was any good.   Surprisingly, McCartney asked the boys if they had a tape that he could listen to.    They did not have one with them.   So Paul invited them into the empty boutique and got a tape recorder.    The guys played six songs for Paul while the tape was running.   Paul smoked a cigarette while Drew and Dy (as they were known) were performing for him and two others.    Shortly afterwards the duo received this letter:

A contract with Apple arrived afterwards and they signed it and met with Paul again and ran through their songs with him.   Paul had them write down the chords to their songs.

Then on August 12, 1968 Drew and Dy went for a session at Savile Row.   Apple had just recently moved this office and fans were starting to gather in large crowds on the outside steps.  Paul was there, working with the two guys and even played "Lady Madonna" on the piano for just the two of them!     They worked on three songs during the session and Mal Evans and Francie Schwartz came into the studio because they liked what they heard. 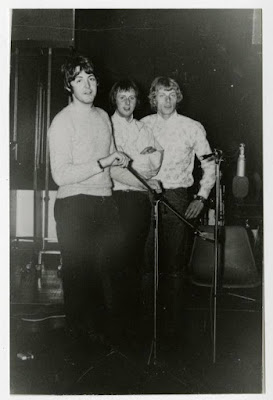 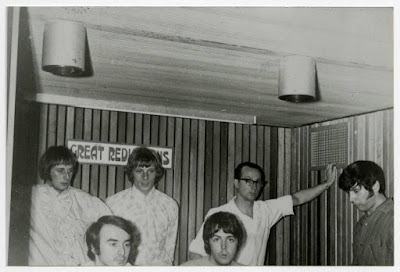 There was a session musician on the drums (who was drinking heavily during the session) and a session bass player.   But the other musician on the tracks was Paul McCartney himself.   He sang harmonies and played  guitar. 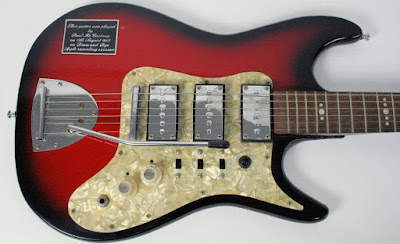 Paul wasn't pleased with the session musicians by the end of the session and wanted to get back together with Drew and Dy at a later date to finish up. 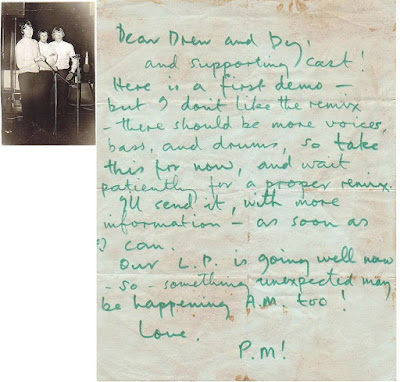 But they didn't hear back from Paul and they were anxious to get a record out, so they eventually decided to end the relationship with Apple.     However, their memory of recording with Paul McCartney lives on.

Much thanks to Benoit