Universal Studios with PM and MJ 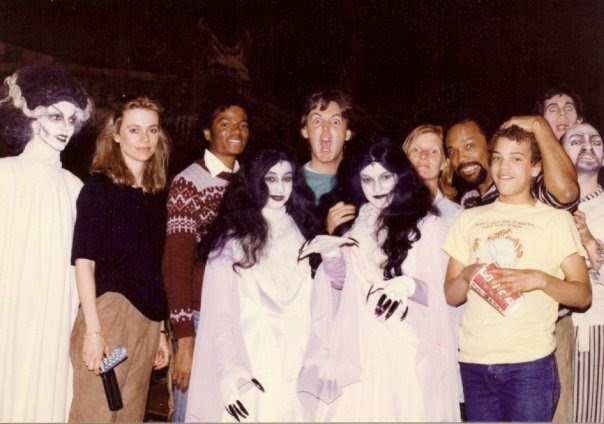 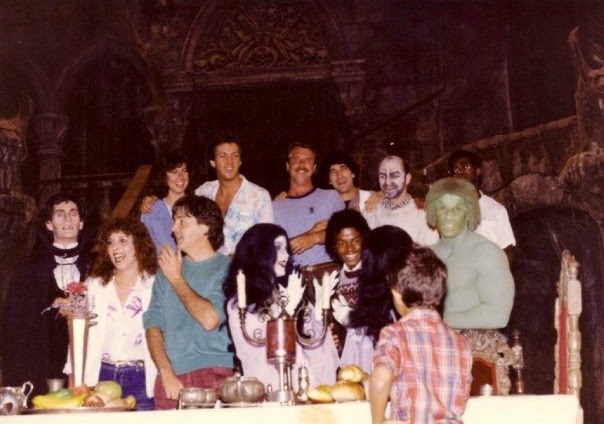 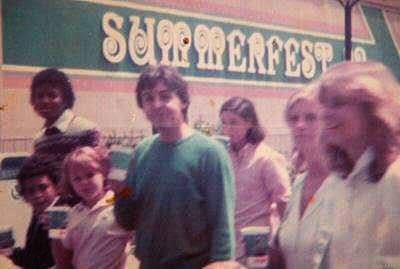 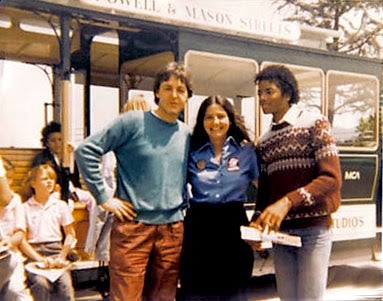 I had located the top two photos and wanted to learn more about them, so I called upon the best person I knew for the job:   Michael Jackson and Beatle expert, Dr. Kit O'Toole!   Kit's book Michael Jackson FAQ is going to be released this November!   I am super excited for her!

Anyhow, she let me know that after Michael and Paul recorded "The Girl is Mine" between April 14-16, 1982 at Westlake Studio in Los Angeles, they (along with Quincy Jones) all went to Universal Studios in celebration!

It seem that the top two photos were taken at the Castle Dracula Theater.

What a thrill it must have been for the cast and visitors of Universal Studios that day to see both Michael Jackson and Paul McCartney!
Posted by Sara S. at 9:10 PM