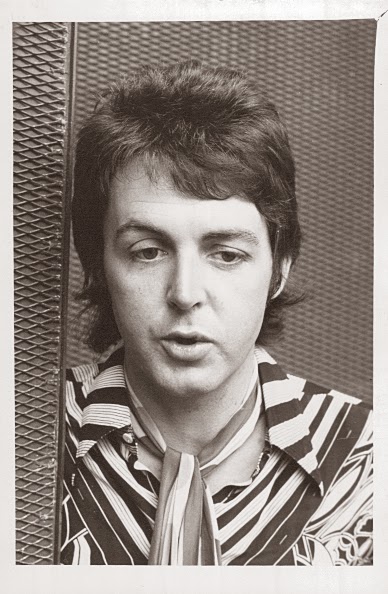 This photo was from August 29, 1973 outside of the front gates of Cavendish.  Paul is explaining to the press (and most likely the fans that were standing around as well) that Henry McCulloch did not hit him and cause Paul to kick him out of Wings.   They simply just had some "musical differences and they are still great friends."

I am sure the fans were quite a buzz about Henry hitting Paul.   I wonder where that story came from?
Posted by Sara S. at 7:39 PM