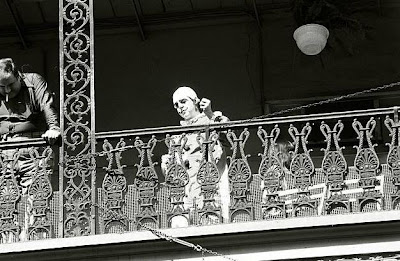 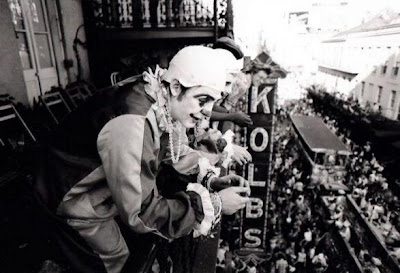 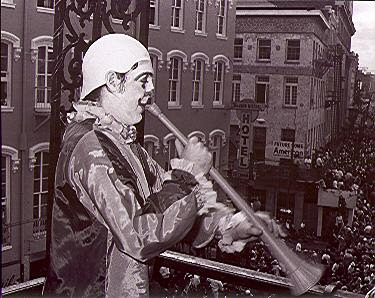 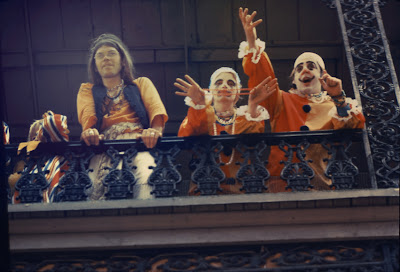 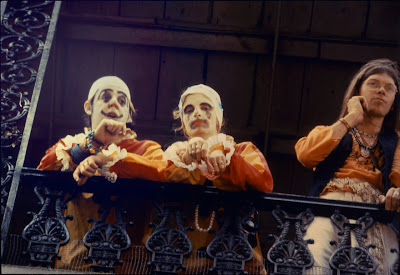 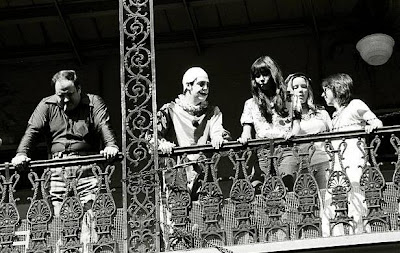 Whenever I see photo of Paul and Linda dressed as clowns during the 1975 Mardi Gras celebration in New Orleans, I have two thoughts.   1.)  Paul sure looks like a creepy clown.    2.) There was Paul and Linda throwing beads down to the people below and I bet no one recognized that it was Paul McCartney.

Now I bet it was fun for Paul and Linda to be up there, enjoying the festivities, throwing the  beads out to the folks below.   They had the chance to be a bit "normal" (ever when wearing creepy clown costumes) for a time and do what many other non-famous people were doing in the city that day.   But then I think that there were Wings fans who may have caught beads from a creepy clown couple and to this day had no idea that they had an encounter with Paul!   That is just crazy.   Sure you would think, "oh if I saw Paul, I would recognize him in a second."   But if you weren't expecting to see him and he was in a costume at a place where tons of people were in costumes, maybe you wouldn't have known it was him.