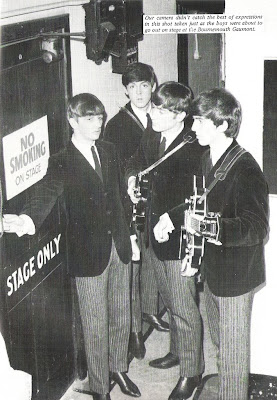 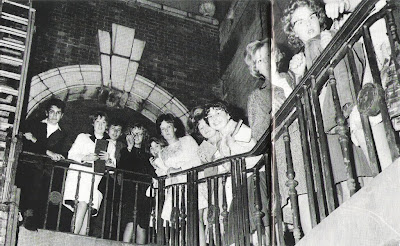 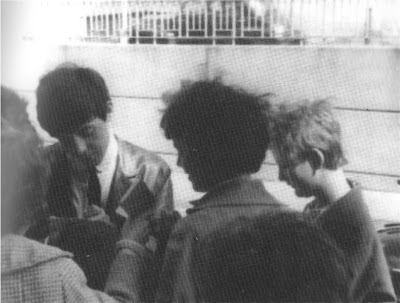 I scanned this photo out of the book. 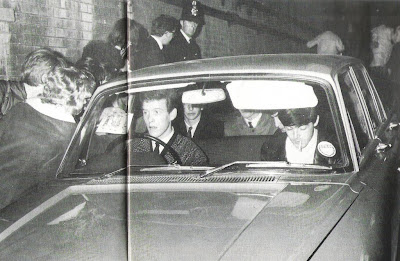 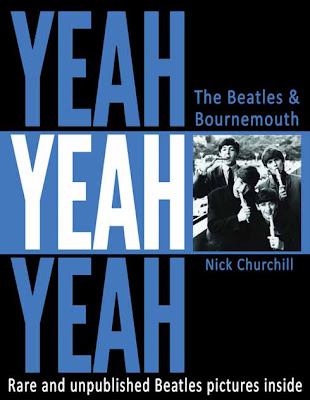 As an American Beatle fan, I have found the names of some of the places the Beatles performed such as Wolverhampton and Bournemouth to be funny and unknown. Not knowing where these UK cities are located made it difficult for me to be interested in what happened in those towns in great detail. Nick Churchill has written a book called Yeah Yeah Yeah The Beatles & Bournemouth that makes the places less mysterious and actually very interesting.

This book is easy and quick to read. I was home sick today and I read it on and off during the day. What is the most interesting to me is all of the stories told by fans about how they were able to meet the Beatles during their concerts in Bournemouth. Some fans were very creative! I think pretending to be with the Rickenbacker guitar company and asking John himself if you can see his guitar was a pretty creative and gutsy thing for a fan to do! There are a lot of great stories and photos as well.

I was also very interested in the story of one person who's father made an great sounding recording of one of the August 1963 Bournemouth shows. The tape was sold to Apple in 1998 and is sadly locked up in their vaults most likely now never to be heard from again. I would love to hear that tape! Such a shame that a Japanese bootlegger wasn't the highest bidder.

Bournemouth is also where John bought a home for his beloved Aunt Mimi when the fans at Mendips got to be too much for her. There are many photos and information about Mimi and this house.

Enjoy some of the photos from Bournemouth that I found in my files.